All stories below were received from Egyptian Myth and Legend, by Donald Mackenzie The Two Brothers: Part IDialect is very hard to understand, sounds like something from ancient scripture. However, it is still readable. Starts the story with the normal "there once was ..." just like many other ancient myths or short stories that were available during this time and forward.This can be something that I can incorporate into my storiesI like how, out of the two brothers, one was said to be "imbued with the spirit of the gods"However, the other brother was notThis indication can show the source of conflict as well the differences in character between the two characters.But why only one of the brothers?Bata, the one that was imbued with the spirit of the gods, is able to understand the tongue of the oxen and other animalsThis can be a magical aspect that is needed in many mythological stories/folktales.The Two Brothers: Part II Towards the end of Part I, there was a sourc…
Post a Comment
Read more

September 21, 2020
For the storybook project, I plan on writing in continuation of the myth of dragons in various Asian cultures, such as Japan, Chinese, and Korea. I have found that, although, from differing cultures, these creatures of ancient stories have more similarities than they do differences. One of the idea I have is to create all the stories of various dragons, but they are all related to one another. For example, for one story, I might depict a dragon who's main domain is in China while in another, I will have one in Japan, and they are all blood related and connected. Therefore, there might be the possibility of a story of one dragon that is the greatest ancestor of them all.Some sources I'd like to include would be from the Joly and Project Gutenburg. Some stories I would want to include are:  The Dragon's Pearl,  The Dragon in Japanese Art, and Korean Water and Mountain Spirits.  Something that I am hoping to learn throughout this semester-long project is the underlying conne…
Post a Comment
Read more 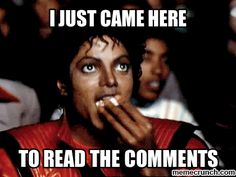 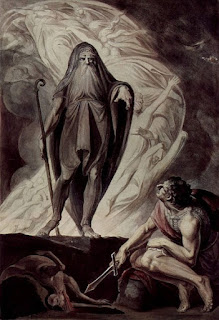 Odyssey: Ghost of Erebus, Homer's Odyssey by Tony KlineFor the most part, the style of writing is dramatic, being somewhat consisting of several run-ons. Perhaps write more as though you were writing as you are speaking?In particular, something that I liked most about this story was the inclusion of prayers to the gods. We all know that in ancient Greek times, especially in epics, the relationship between gods and mortals is something that is prevalently mentioned. Here, the author mentioned the main characters' prayers to Persephone and Hades, which were the 'rulers' of the underworld. This statement here says that the gods play an all-around important role in the daily livelihoods of humans and their wishes, as we can see in the curse of Odysseus during the previous chapters.Odyssey: The Ghosts of Elpenor and Teiresias Perhaps the most intriguing part about this story was the inclusion of ghosts. Normally creatures and monsters that are not fully human would appear i…
Post a Comment
Read more

The Land of the Cyclopes, by Tony KlineI like this introduction of the creatures that served as the main antagonists of the storySets the scene for the savagery of these monsters and how they came to be, including the description of them being "lawless" and "rely on the immortal gods"For the introduction, the author did not dive in straight to the main plot of the story, only imaginative descriptions of these creatures This serves to create an aroma of suspense that is associated with these creatures and the dangers they will pose to the main antagonist of the storyNot only for the creatures, but the author also used the introduction to show the setting of the story as wellThere were also inclusions of the main backstory regarding the gods that rule the realms of this story, which in this case was the reference to Zeus and his connection to the Nymphs as well as the Cyclopes.Prisoner of the Cyclopes, by Tony Kline Each of the character introductions followed by a ti…
Post a Comment
Read more 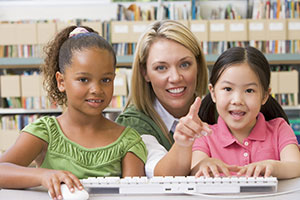 In "Why do So Many Managers Avoid Giving Praise," I can see that often bosses are so hesitant on giving praise, as they do not know how to balance between the praises and the criticism. It can often be perceived negatively if the boss only gives out negative reviews, which can often times be critical according to the employees. Rather, in the surveys, from both sides, they would feel much better if the boss gives out praises as well as constructive criticism. Also, if there were praises, the article emphasizes that the praises must be highly specific and not just a "good job" as it gives more information to the workers what they are doing well on so they can continue in such a pattern. Therefore, in balance, would create criticism more effectively.
In another article, titled "Be a Mirror" It again talks about the importance of growth mindset. One of the suggestions that intrigued me was, towards the end, the author talks about how if we start praising kid…
Post a Comment
Read more

The Dragon's PearlWhat was so interesting was that the story showed the origin of a dragon that is now considered the "guardian" of that riverbank.The story started with a common backstory about a poor, but a generous family that was struggling to make ends meet. However, they had come across something that would change their fortunes foreverHowever, with the kindness of the main characters, it would have to be counterbalanced by evil and greed by the antagonists of the story, which in this case would come in the form of some men in the village that wanted to take away their source of fortune from the kind familyThe story seeks to explain some natural occurrence of the real world, which in this case is the River Min, the mud banks, and why it was called "Looking At Mother Bank"This can be something that I can use to incorporate into my story, some sort of supernatural explanation for natural events that includes supernatural characters like the dragonsFor the …
Post a Comment
Read more
More posts